As some of you have already figured out, youthsoccerrankings.net is not accurate right now for the 05 age group because the new DA and ECNL teams aren't listed and many of the new JDL teams are showing up as last season's top teams.

For example, DT ECNL is currently ranked #1 in NTX but this is NOT the same team that the season #1. It is DTs third team that plays JDL, it's not even their ECNL team. The same thing with Dallas Kicks Selecao and FCD Red. These are NOT the same teams as last year, they are their club's new teams behind DA and ECNL. It shouldn't take too long for the rankings to correct for these changes but until then 05s might have to do a little research to find out which teams they are really playing.

and teams that play them early (and win) will get TOO much credit.

Very good points, but to be clear...do we ever really know who we are playing anymore? There are so many kids guest playing with different teams and in different leagues its hard to keep track of who is actually who? It happens at EVERY club and its usually not for player development, but rather image development. Image development (also known as business before development) is also another reason certain local clubs avoid playing their crosstown rivals.

it shouldn't be hard to research which team you are playing, you just shouldn't go off of YouthSoccerRankings for the 05s until the updates are made.

Regarding playing cross town rivals, that's been a part of soccer since ECNL was introduced and its an even bigger issue now with DA. US soccer (and US Club) believe kids develop faster by playing certain types of opponents. I have witnessed this accelerated development first hand and I completely agree with it. I realize this isn't great for teams outside of these leagues butI do believe it helps teams develop faster within them.

Let me guess, your in a club that doesn't have ECNL (or DA) and you think you know how to develop players better than US Soccer and US Club.?.?

If that's the case you will definitely like this statement from the DA website - "Academy players and teams do not play in any outside competitions without written permission from the U.S. Soccer Development Academy staff. This includes any other leagues, tournaments, State Cup competitions, ODP or All-Star events." "The Development Academy upholds this rule because we believe elite players require world class environments." ...but we could be wrong because oksoccer thinks so

918soccer wrote:Let me guess, your in a club that doesn't have ECNL (or DA) and you think you know how to develop players better than US Soccer and US Club.?.?

If that's the case you will definitely like this statement from the DA website - "Academy players and teams do not play in any outside competitions without written permission from the U.S. Soccer Development Academy staff. This includes any other leagues, tournaments, State Cup competitions, ODP or All-Star events." "The Development Academy upholds this rule because we believe elite players require world class environments." ...but we could be wrong because oksoccer thinks so

He shoots! He scores!! That's the ballgame folks... 918 just put the shutout on the competition!!! LOL 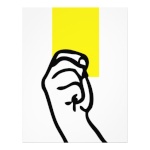 You are ECNL not DA. But I wasn't bashing DA or ECNL just laughing at your egotistical thread.

You start a thread to bash on 2 other 05 state teams that are having some success but that success doesn't matter because its not comparable competition to what the great ECNL league offers. That's what I find amusing. I am happy for you if you believe what your DD is getting is the best, but it's not the end all be all for everyone.

Ummm, my post was not egotistical and did not bash 2 OK teams. I think your anti-ECNL position might have read into it a little much.

The truth is, this is a unique situation for 05 parents across the country and TX forums have discussed this issue at length. 2 major changes have happened that have completely changed competitive soccer for 05s. With the introduction of DA and both DA and ECNL now starting as early as U13, leagues, tournaments, state cups, rankings, etc all changed. Most of the 05 parents in Tulsa and OKC have already begun to experience these changes and some are torn between riding it out to see how bad it gets or jumping ship. For those parents, here are my thoughts...

Clubs that don't offer ECNL will talk it down but look at the rosters of D1 colleges and you will see the truth. ECNL players make up more than 90% of college rosters and most of the players who aren't ECNL are international. Last season, some of you might of heard that DA was going to destroy ECNL and that simply didn't happen. Most of the top players and teams ended up choosing ECNL over DA and in the 05 age group, the top team in the country, DT South chose to play ECNL over DA, the club with the most national championships, Sting, declined DA,  Salecao moved to D'Feeters for ECNL and several 05 ECNL teams have recently beaten their DA counterparts. In the Texas Conference, DA has the top team in the 03 age group and ECNL has the top teams in the 05,04,02,01,00 ages. ECNL is much stronger than DA in our region.

The one thing that has changed is tournament and league quality for people outside of DA and ECNL. I believe this is the single biggest impact of DA, and it's just starting. As DA and ECNL become more isolated from the rest of soccer, competition in tournaments will drop even further. Oklahomans will no longer be able to play top teams if they aren't DA or ECNL and with tournament quality dropping, college recruiting will follow. Parents who's daughters might be interested in playing college soccer have to think about this. Make no mistake, DA, ECNL and the changes these leagues have on college recruiting make it even harder for your daughter to make a college soccer team if she isnt in one of those leagues. I don't think any club brand is worth putting your daughter at a disadvantage, even if it's just a slight disadvantage.